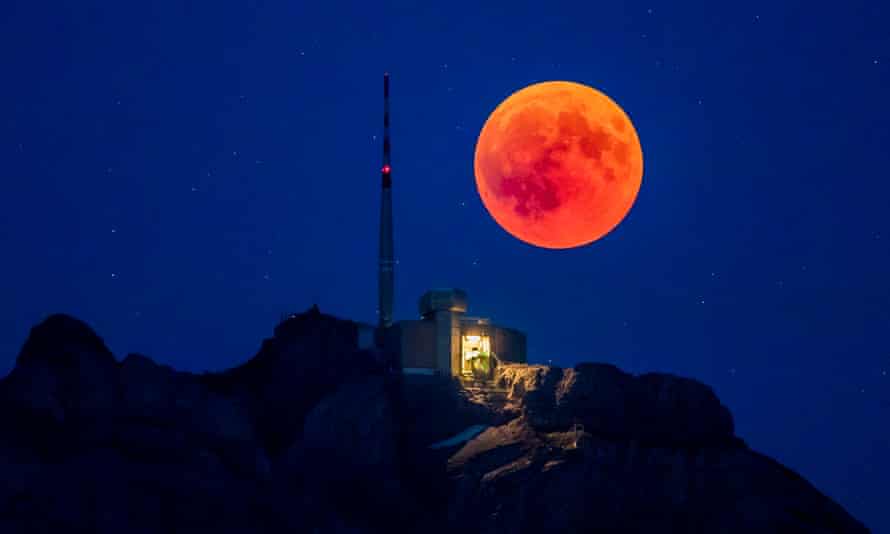 WHY IN NEWS?
 Two celestial events – Total Lunar Eclipse and Supermoon – together coincide on 26th May 2021.

IN DEPTH:
SUPER-MOON:
 A super-moon occurs when the Moon’s orbit is closest to the Earth at the same time that the Moon is full.
 As the Moon orbits the Earth, there is a point of time when the distance between the two is the least (called the perigee) and a point of time when the distance is the most (called the apogee).
 Since a full Moon appears at the point of least distance from earth, not only does it appear to be brighter but it is also larger than a regular full moon.
 According to NASA, the term super-moon was coined by astrologer Richard Nolle in 1979. In a typical year, there may be two to four full super-moons and two to four new super-moons in a row.

LUNAR ECLIPSE:
 ABOUT:
o Lunar eclipse takes place when the Moon moves into the Earth’s shadow. The Earth has to be directly between the Sun and the Moon, and a lunar eclipse can only take place during a full Moon
o First, the Moon moves into the penumbra – the part of the Earth’s shadow where not all of the light from the Sun is
blocked out. Part of the Moon’s disc will look dimmer than a regular full Moon.