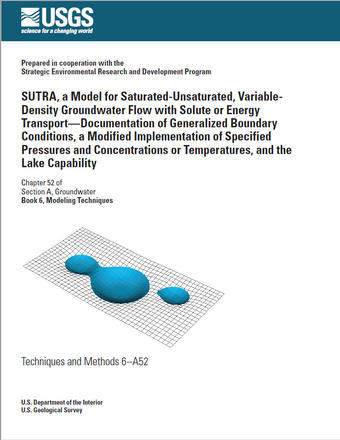 CONTEXT
 Many scientists are blaming the government-backed model, called SUTRA (Susceptible, Undetected, tested (positive), and Removed Approach), for having a larger role in creating the perception that a second wave of Covid was unlikely in India.

WHAT IS SUTRA MODEL
 Sutra Model is a ‘mathematical model’ for pandemics that have asymptomatic patients. The acronym stands for Susceptible, Undetected, Tested (positive), and Removed Approach (SUTRA). There are several novel features of the proposed model, according to a study.
 The model is applied to predict the progression of the COVID-19 pandemic. Where data on the number of recovered patients is available, the number of active cases as a function of time is predicted. Where recovery data is not available, the number of daily new cases is predicted.
 The SUTRA model is used for charting the trajectory of COVID-19 in the country.
 In a media statement, a group of scientists working on the model stated that a mathematical model can only predict the future with some certainty so long as virus dynamics and its transmissibility don’t change substantially over time. They added that in the case of COVID-19, the nature of the virus has been changing very rapidly.

PROBLEMS WITH SUTRA:
 Variability – There have been many instances of the SUTRA forecasts being far out of bounds of the actual caseload and the predictions of the SUTRA model are too variable to guide government policy.
 Too Many Parameters – The SUTRA model was problematic as it relied on too many parameters, and recalibrated those parameters whenever its predictions “broke down”.

UPSC PRELIM QUESTION 2019
The word ‘Denisovan’ is sometimes mentioned in media in reference to (a) fossil of a kind of dinosaurs (b) an early human species
(c) a cave system found in North-East India
(d) a geological period in the history of Indian subcontinent
o The more parameters you have, the more you are in danger of ‘overfitting’. You can fit any curve over a short time window with 3 or 4 parameters.
 The equation to find out the estimates of future infections and the timing of a peak occurring, require certain ‘constants’. Such numbers on the other hand kept changing and their values depended on the number of infections reported at various intervals.
 SUTRA relied on many parameters and recalibrated them when its predictions broke down.
 Also many scientists are of the view that the exponential rise was not calculated as there was a contact between people and populations went wrong every time.
 It was assumed that the best it could do was go upto the pre lockdown values. No one thought about the new strains that could come up with time.