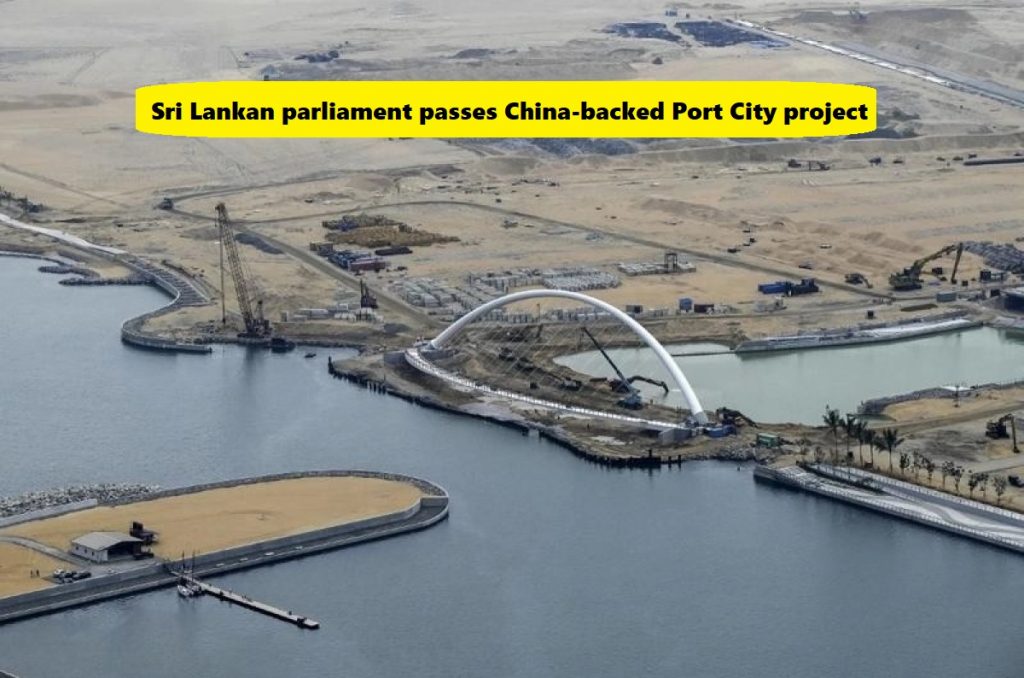 WHY IN NEWS?
 The Sri Lankan Parliament on Thursday passed a controversial Bill on laws governing the Chinabacked Colombo Port City, with a majority of 149 legislators — in the 225-member House — voting in its favour.
 The $1.4-billion Colombo Port City was launched in 2014 during the previous term of the Rajapaksa government, when Chinese President Xi Jinping visited the island nation.

IN DEPTH
 The mega infrastructure project is currently being built on land reclaimed alongside Colombo’s iconic sea front, while environmentalists and fisher folk opposed the move.
 The Ranil Wickremesinghe –Maithripala Siripala administration too went ahead with the project, vowing to develop it as a financial hub.
 Following their return to power in November 2019, the Rajapaksa administration sought to expedite construction work as well as a legal framework for what promises to be a tax haven for foreign investors.

‘CHINESE ENCLAVE’
 Legislatures from Opposition parties, including the Samagi Jana Balawegaya (United People’s Front) and the Janatha Vimukthi Peramuna (JVP) challenged its provisions that they said infringed upon the country’s sovereignty, gave the governing commission overarching powers, and immunity from Sri Lankan law, and threatened to create a “Chinese enclave”.
 Legislator and former Northern Province Chief Minister C.V. Wigneswaran asked the government if its stated policy of striving for ‘One Country, One Law’ meant “Chinese law”.
 The “China-centric” Rajapaksa administration was again challenging the geopolitical order in the region, he said. Observing that the “Tamil nation” had paid a heavy price the last time Sri Lanka made such choices, he said he opposed the Bill for that reason.