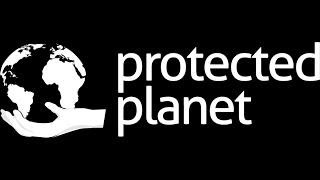 WHY IN NEWS?
 The report, titled Protected Planet Report 2020, underlined the progress the world has made toward the ambitious goals agreed by countries in 2010 at the United Nations Convention on Biological Diversity.

CONVENTION ON BIOLOGICAL DIVERSITY:
 It is a legally binding treaty to conserve biodiversity that has been in force since 1993.
 Nearly all countries including India have ratified it (notably, the US has signed but not ratified).
 The CBD Secretariat is based in Montreal, Canada and it operates under the United Nations Environment Programme.
 A supplementary agreement to the Convention known as the Cartagena Protocol on Biosafety (adopted at COP5, 2000) seeks to protect biological diversity from the potential risks posed by living modified organisms resulting from modern biotechnology.
 The Nagoya Protocol on Access to Genetic Resources and the Fair and Equitable Sharing of Benefits Arising from their Utilization (ABS) was adopted in Nagoya, Japan at COP10.
 The COP-10 also adopted a ten-year framework for action by all countries to save biodiversity.
 Officially known as “Strategic Plan for Biodiversity 2011-2020”, it provided a set of 20 targets, collectively known as the Aichi Targets for biodiversity.

ABOUT THE PROTECTED PLANET REPORTS:
 The reports are released by the United Nations Environment Programme (UNEP) World Conservation Monitoring Centre (UNEP-WCMC) and the International Union for the Conservation of Nature (IUCN) with support from the National Geographic Society, a global non-profit.
 These are biennial landmark publications that assess the state of protected and conserved areas around the world.
 The report is the first in the series to include data on Other Effective Area-based Conservation Measures (OECM) in addition to protected areas.
 OECM are a conservation designation for areas that are achieving the effective in-situ conservation of biodiversity outside of protected areas.
 The 2020 edition provides the final report on the status of Aichi Biodiversity Target 11, and looks to the future as the world prepares to adopt a new post-2020 global biodiversity framework.
 Aichi Biodiversity Target 11 aimed to conserve 17% of land and inland water ecosystems and 10% of its coastal waters and oceans by 2020.

FINDINGS OF THE REPORT:
INCREASE IN PROTECTED AREA:
 As many as 82% of countries and territories have increased their share of protected area and coverage of Other Effective Area-based Conservation Measures (OECM) since 2010.
 Protected areas covering almost 21 million km2 have been added to the global network.

INCREASE IN OECMS:
 Since OECMs were first recorded in 2019, these areas have added a further 1.6 million km2 to the global network.
 Despite being limited to only five countries and territories, the available data on OECMs show that they make a significant contribution to coverage and connectivity.
 Of the area now covered by protected areas and OECMs, 42% was added in the past decade.

KEY BIODIVERSITY AREAS (KBAS):
 KBAs are sites that contribute significantly to the global persistence of biodiversity, in terrestrial, freshwater and marine ecosystems.
 On an average, 62.6% of KBA either fully or partially overlap with protected areas and OECMs.
 The average percentage of each KBA within protected areas and OECMs is 43.2% for terrestrial; 42.2% for inland water and 44.2% for marine (within national waters).
 There was an increase of 5 percentage points or less in each case since 2010, the greatest growth in marine and coastal areas.

CHALLENGES:
 Management effectiveness assessments have been conducted across only 18.29% of the area covered by protected areas, and it is likely that many do not meet the standards for full effectiveness.
 Integrating protected areas and OECMs across landscapes and seascapes, and in development sectors, remains a crucial challenge for ensuring the persistence of biodiversity.
 Measurable targets for integrated land-use and marine spatial planning are needed to facilitate progress.
 Governance is a key contributor to effective conservation. Both protected areas and OECMs can have a variety of governance regimes: government, private, governance by indigenous peoples and local communities, or any combination of these.
 Data are still poor on governance diversity and quality for protected areas and OECMs.
 New guidance and better reporting can provide new opportunities to better recognise and support the conservation efforts of diverse groups, including indigenous peoples, local communities, and private actors.

PROTECTED AREA IN INDIA
 Protected areas are regions or zones of land or sea which are given certain levels of protection for conservation of biodiversity and socio-environmental values. In these areas, human intervention and exploitation of resources is limited.
 India has a network of 903 Protected Areas covering about 5% of its total geographic area.
 India has the following kinds of protected areas, in the sense of the word designated by IUCN:
 National Parks, Wildlife sanctuaries, Biosphere reserves, Reserved and protected forests, Conservation reserves and community reserves, Private protected areas.

WAY FORWARD
 Greater application of the global standard for effectiveness, the IUCN Green List of Protected and Conserved Areas, will help to address weaknesses.
 Increasing recognition of the role that protected and conserved areas can play as nature-based solutions to climate change and other global challenges, and their contribution to realising multiple Sustainable Development Goals, provides a strong justification for investing in more effective national and global networks.
 The further identification and recognition of OECMs is likely to contribute significantly to improved performance on all criteria, including connectivity, ecological representation, governance diversity and coverage (including areas important for biodiversity and ecosystem services).
 A global network of effective and equitable protected and conserved areas will play a vital role in safeguarding the health of people and the planet for generations to come.