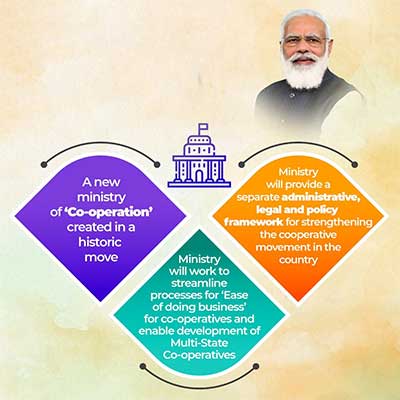 HISTORY OF COOPERATIVE MOVEMENT IN INDIA

Despite rapid growth the overall progress of cooperative movement during 100 years of its existence is not very impressive. Following are the possible reasons for slow and haphazard growth in cooperative sector.