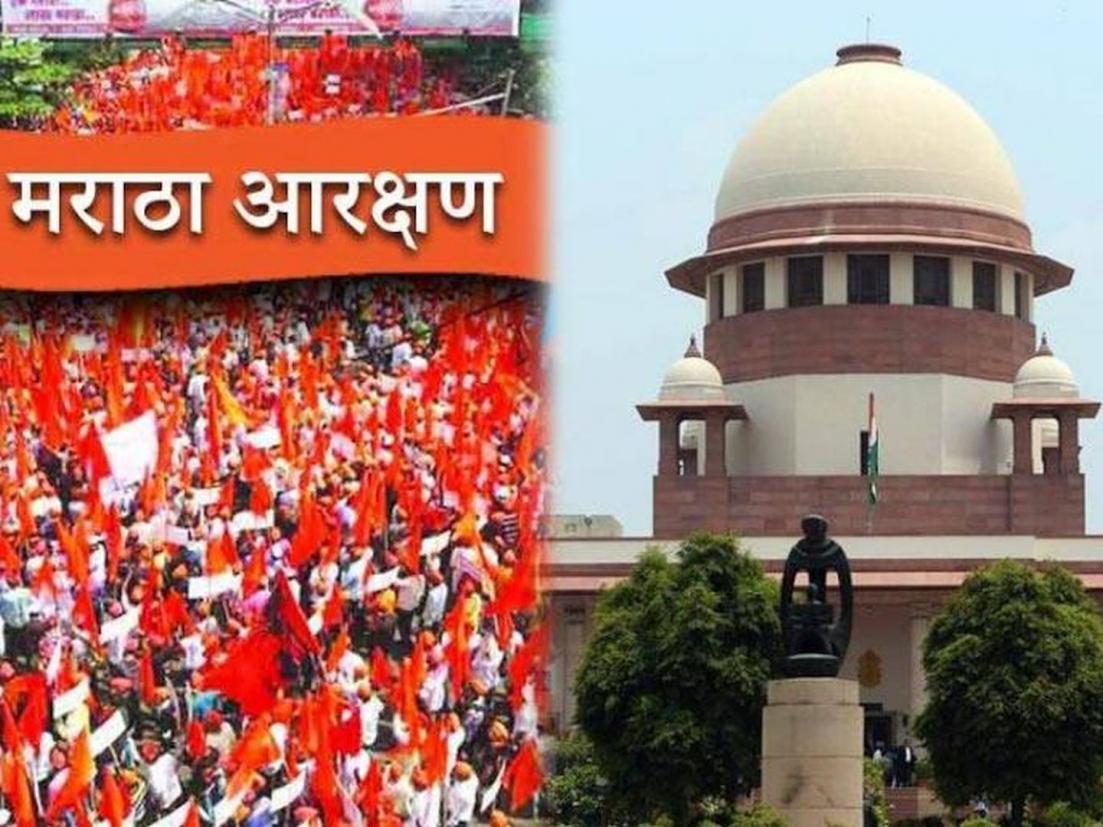  A five-judge Constitution Bench of the Supreme Court on 5th May unanimously declared a Maharashtra law, which provides reservation benefits to the Maratha community taking the quota limit in the State in excess of 50%, unconstitutional.

 The 50% ceiling by Indra Sawhney ruling
o The arguments by state governments before the court was that the Indra Sawhney verdict must be referred to a 11-judge Bench for reconsideration since it laid down an arbitrary ceiling which the Constitution does not envisage.
o Additionally, state argued that in some judgements subsequent to Indra Sawhney, the Supreme Court itself had made exceptions to this rule.
o The court held that there is no need to revisit the case. The court said that the 50% ceiling, although an arbitrary determination by the court in 1992, is now constitutionally recognised.
 Demand for exception for Maratha reservation
o The state government’s argument was that since the population of backward class is 85% and reservation limit is only 50%, an increase in reservation limit would qualify as an extraordinary circumstance.
o The court also looked into the Maharashtra State Backward Commission report that the Maharashtra government had relied on to see if a case can be made out for exceptional circumstances. SC held that the Marathas are dominant forward class and are in the main stream of National life. The above situation is not an extra-ordinary
 On state’s power to identify SEBCs, and 102nd Amendment
o The Constitution (One Hundred and Second Amendment) Act, 2018 gives constitutional status to the National Backward Classes Commission. The Amendment also gives the President powers to notify backward classes
o Several states raised questions on the interpretation of the Amendment and argued that it curtails their powers.
o The Bench unanimously upheld the constitutional validity of the 102nd Amendment but differed on the question
whether it affected the power of states to identify socially and educationally backward classes (SEBCs).
o Central government explained that the state government will have their separate list of SEBCs for providing reservation in state government jobs and education, whereas Parliament will only make the central list of SEBCs which would apply for central government jobs.
o The Supreme Court held that the final says in regard to inclusion or exclusion (or modification of lists) of SEBCs is firstly with the President, and thereafter, in case of modification or exclusion from the lists initially published, with the Parliament.
102ND AMENDMENT ACT OF 2018
 It introduced Articles 338B and 342A in the Constitution.
 Article 338B deals with the newly established National Commission for Backward Classes.
 Article 342A empowers the President to specify the socially and educationally backward communities in a State.
o It says that it is for the Parliament to include a community in the Central List for socially and backward classes for grant of reservation benefits.
o SC also added that National Backward Classes Commission must publish a fresh list of SEBCs, both for states and the central list.

ARGUMENTS IN FAVOUR OF OVERALL RESERVATION POLICY
 Historical injustice – Caste based reservation is a necessity in India because of historical negligence and injustice caused to those backward communities.
 Level Playing field – Reservation provides a level playing field as it is difficult for the backward sections who were historically deprived of education, skills, and economic mobility to suddenly start competing with those who had
access to those means for centuries.
 Meritocracy Vs Equality –
Meritocracy is important, however, it will have no meaning without equality. The caste-based reservation also minimized the gap between upper and lower castes to a great extent.
 Administration quality – A study revealed that reservations have not affected the efficiency of administration, but enhanced quality. The best example is the Indian Railways in which the SC/ST employees comprise more in number, and the results have been better
 Reservation has slowed down the process of forward becoming richer and backward becoming poorer

ARGUMENT AGAINST OVERALL RESERVATION POLICY
 Reservation in state services led to divisions and enmity among government employees, vitiating the atmosphere at workplace.
 Eradication, not perpetuation of caste was the objective of the reservation policy but Caste Based Reservation only perpetuate the notion of caste in society.
 Reservation was introduced to ensure that the historically underprivileged communities were given equal access to resources but irrespective of the economic progress they continue to remain socially disadvantaged.
 Reservation destroys self-respect, so much so that competition is no longer on to determine the best but the most backward.
 Reservations are the biggest enemy of meritocracy which is the foundation of many progressive countries.
 It has become a tool to meet narrow political ends through invoking class loyalties and primordial identities.
 The dominant and elite class within the backward castes has appropriated the benefits of reservation and the most marginalised within the backward castes have remained marginalised.
 Reservation has become the mechanism of exclusion rather than inclusion as many upper caste poors are also facing discrimination and injustice which breeds frustration in the society.