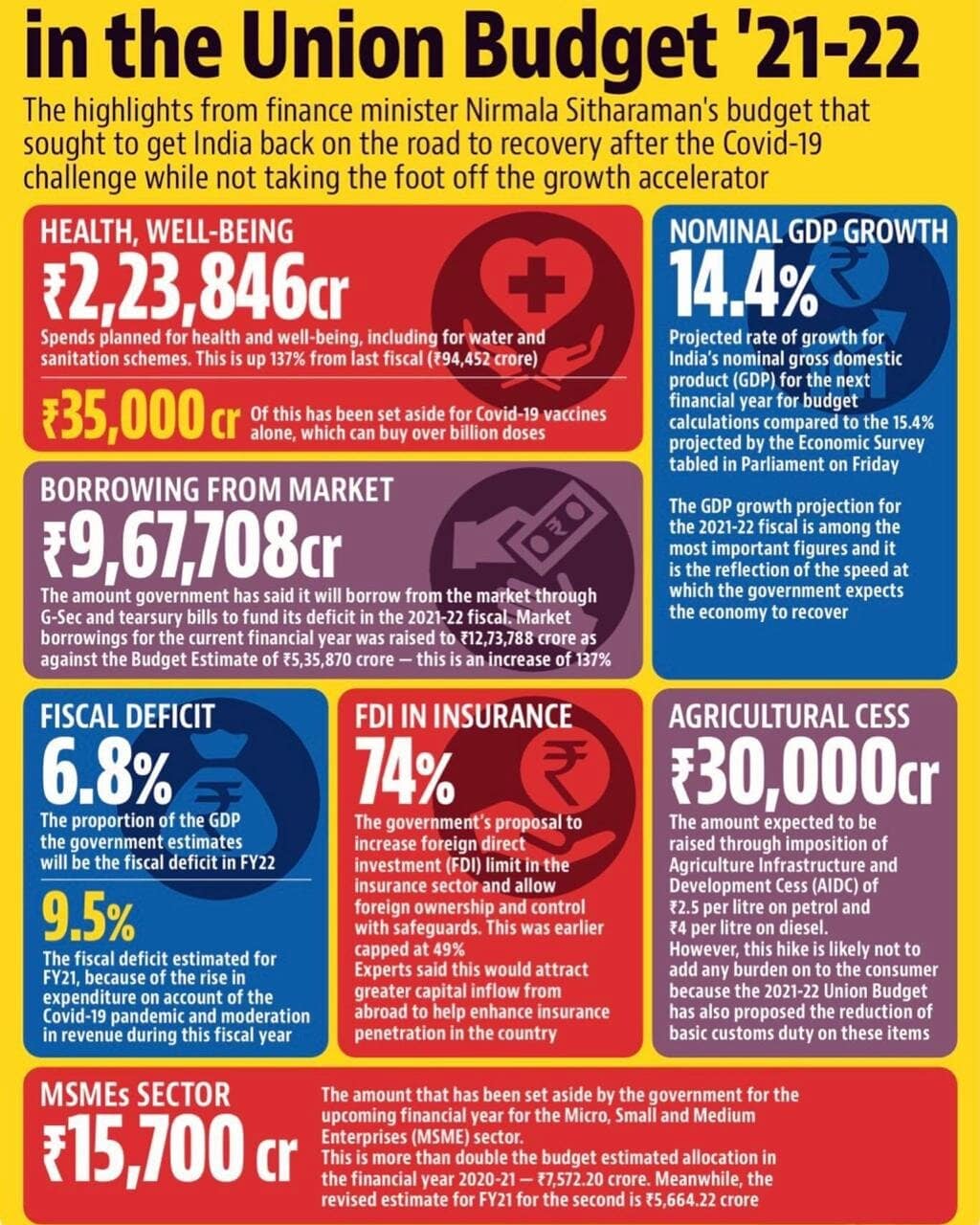 Major recommendations of the 15th FC that were incorporated into the Union budget include: