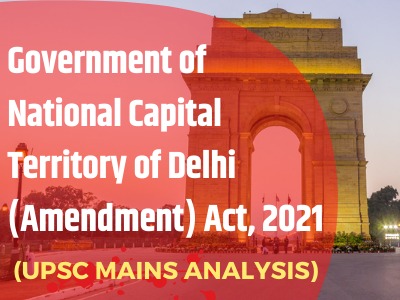 What is it about?

The act amends certain sections of the National Capital Territory of Delhi act 1991. It has revamped the role of Lt. Governor vis-a-vis the elected government of Delhi.

What are the features of the amendment?

Critical analysis of the amendment:

In the Government of NCT of Delhi vs. Union of India case, the SC held that LG concurrence on administrative matters is not an obligation to the elected government.

Similarly, the Delhi elected government needs to work more in the nature of patient negotiations and not agitational politics as is being witnessed it the past few years.