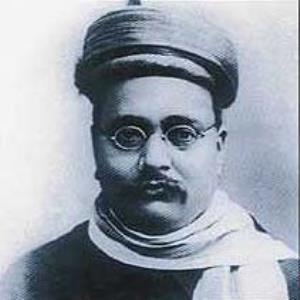 CONTEXT
 The Prime Minister of India paid tribute to Gopal Krishna Gokhale on his Jayanti.

MORE ABOUT NEWS
ABOUT GOPAL KRISHNA GOKHALE (1866-1915)
 Early Life
o Gokhale hailed from the Ratnagiri district in present-day Maharashtra and studied at the Elphinstone College in Mumbai.
o He joined later as a professor at the Fergusson College in Pune, where he taught political economy and history.
 Arrival on the national scene
o He first arrived on the national scene after cross-examining British colonial expenditure at the Welby Commission of 1897 in England.
 Welby Commission, was set up to look into Indian expenditures.
o Gokhale’s work had earned him praise in India as he laid bare British military financing policies that heavily burdened Indian taxpayers much to the chagrin of then Viceroy Lord Curzon.
o Gokhale joined the Indian National Congress In 1899.
o He emerged as one of the main leaders of its ‘moderate’ wing, and gave up teaching three years later to work as a lawmaker for the remainder of his life.
 A liberal politician
o Following the 1857 Sepoy Mutiny, there arose a brand of liberal political leaders in India who sought a greater role for Indians in running the country’s affairs while pledging allegiance to British rule.
o In the Bombay Presidency, the prominent leaders who adopted constitutional methods as a means of achieving political reform included Sir Pherozeshah Mehta, Dadabhai Naoroji, and Justice MG Ranade.
o Gokhale had worked towards the very same line of thought realizing constitutional ideals in India for three decades and abjured the use of reactionary or revolutionary ways.
 Extensive work in colonial legislatures
o Bombay Legislative Council (1899 and 1902)
 Here he opposed the British government’s onerous land revenue policies, advocated free and compulsory primary education, and asked for the creation of equal opportunities to fight against untouchability.
o Imperial legislature (from 1902 till his death)
 Gokhale played a key role in framing the Morley-Minto reforms of 1909.
 He advocated for the expansion of legislative councils at both the Centre and the provinces.
 A critic of British imperial bureaucracy, Gokhale favored decentralization and the promotion of panchayat and taluk bodies.
 Gokhale also spoke for the Indian diaspora living in other parts of the British Empire and opposed tooth and nail the indentured labor system
 Work in the Indian National Congress
o Gokhale became Congress president at its Banaras session in 1905.
o This was also the time when big differences had arisen between his group of ‘Moderates’ and the ‘Extremists’ led by Lala Lajpat Rai and Bal Gangadhar Tilak among others.
o Matters came to a head when the two factions split at the Surat session of 1907.
o Despite his ideological differences, Gokhale maintained cordial relations with his opponents.
o In 1907, he fervently campaigned for the release of Lala Lajpat Rai, who was imprisoned that year by the British at Mandalay in present-day Myanmar.
 Role as Mahatma Gandhi’s political mentor
o After Mahatma Gandhi’s return to India, he had joined Gokhale’s group before going on to lead the independence movement.
o Gandhi regarded Gokhale as his political mentor, and wrote a book in Gujarati dedicated to the leader titled ‘Dharmatma Gokhale’.
 Publications:
o The Hitavada was started in the central Indian city of Nagpur by freedom fighter Gopal Krishna Gokhale.
o Gokhale also published a daily newspaper entitled Jnanaprakash, which allowed him to voice his reformist views on politics and society.