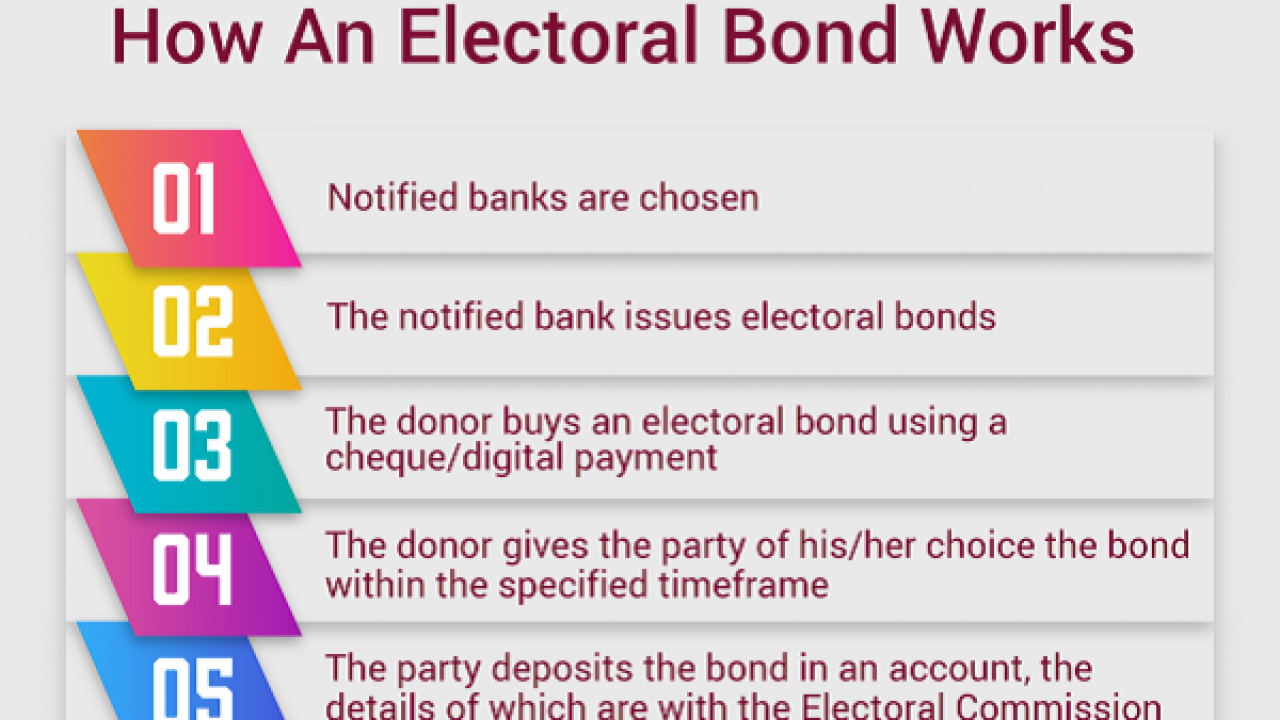 WHY IN NEWS
 The Electoral Bonds worth Rs. 695.34 crore were sold during elections to the Assemblies of Tamil Nadu, Puducherry, West Bengal, Assam and Kerala.
 The amount sold was the highest-ever for any Assembly elections since the scheme started in 2018.

IN DEPTH:
 Electoral Bond is a financial instrument for making donations to political parties.
 The bonds are issued in multiples of Rs. 1,000, Rs. 10,000, Rs. 1 lakh, Rs. 10 lakh and Rs. 1 crore without any maximum limit.
 State Bank of India is authorised to issue and encash these bonds, which are valid for fifteen days from the date of issuance.
 These bonds are redeemable in the designated account of a registered political party.
 Political parties registered under Section 29A of the Representation of the People Act, 1951, which have secured not less than 1% of the votes in the last general election to an Assembly or Parliament, are eligible to open current accounts for redemption of electoral bonds.
 The bonds are available for purchase by any person (who is a citizen of India or incorporated or established in India) for a period of ten days each in the months of January, April, July and October as may be specified by the Central Government.
 A person being an individual can buy bonds, either singly or jointly with other individuals.
 Donor’s name is not mentioned on the bond.
 There are two key problems with it – one, lack of transparency as the public do not know who is giving what to whom and what they are getting in return; two, that only the government, through ministries, has access to this information.
 However, the Election Commission of India has said that the scheme is one step forward compared to the old system of cash funding, which was unaccountable.
 Also, recently, the Central Information Commission (CIC), the lead body for implementing the Right to Information Act 2005, has ruled that the disclosure of identity of electoral bond scheme donors will not serve any larger public interest and will violate provisions of the Act itself.