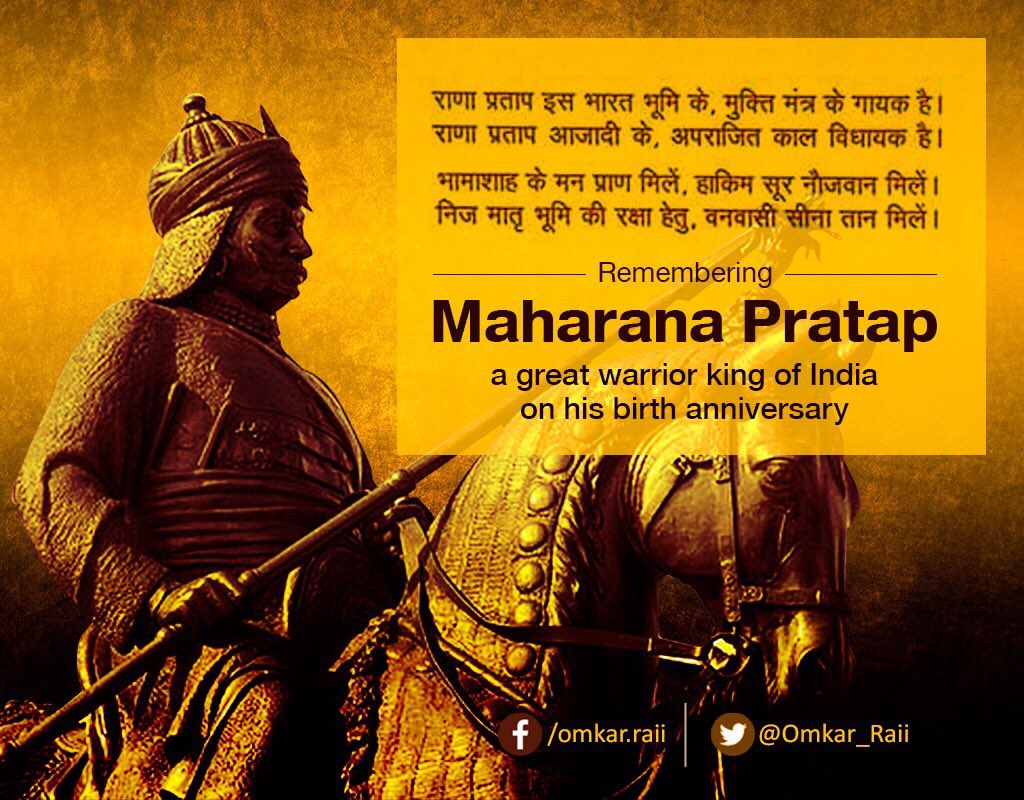 CONTEXT
 The Prime Minister of India paid tributes to Maharana Pratap on his Jayanti.

MORE ABOUT MAHARANA PRATAP
 Rana Pratap Singh also known as Maharana Pratap was born on 9th May 1540 in Kumbhalgarh, Rajasthan.
 He was the 13th King of Mewar and was the eldest son of Udai Singh II
o Maharana Udai Singh II ruled the kingdom of Mewar, with his capital at Chittor.
o Udai Singh II was also a founder of the city of Udaipur (Rajasthan)
 Battle of Haldighati
o The Battle of Haldighati was fought in 1576 between Rana Pratap Singh of Mewar and Raja Man Singh of Amber who was the general of the Mughal emperor Akbar.
o Maharana Pratap fought a brave war, but was defeated by Mughal forces.
o It is said that Maharana Pratap’s loyal horse named Chetak, gave up his life as the Maharana was leaving the battlefield.
 Reconquest
o After 1579, the Mughal pressure relaxed over Mewar and Pratap recovered Western Mewar including Kumbhalgarh, Udaipur and Gogunda.
o During this period, he also built a new capital, Chavand, near modern Dungarpur.
 Death
o He died on 19th January, 1597. He was succeeded by his son Amar Singh, who submitted in 1614 to Emperor Jahāngīr, son of Akbar